An August survey of business supply managers suggested slow or no economic growth over the next several months in nine Midwest and Plains states, in part because of trade skirmishes.

The Mid-America Business Conditions index dropped below growth neutral in August to hit 49.3, compared with 52.0 in July.

The index had remained above growth neutral for 32 straight months.

The survey results are compiled into a collection of indexes ranging from zero to 100. Survey organizers say any score above 50 suggests growth. A score below that suggests decline.

All three Siouxland States; Iowa, Nebraska and South Dakota are below 50.  They were above 50 during the last survey in July.

Labor union representatives in western Iowa say organized labor has been under attack, but they are fighting for their working people.

Earlier this year, the Iowa Supreme Court upheld a 2017 law that limited bargaining rights for some public employees.

Scott Punteney is the president of the Western Iowa Labor Federation. He says despite setbacks like this, Iowa’s unions are still strong and are still fighting.

“And organized labor  will always be here and we’ll always continue to fight for issues important to us, issues that are important to all people who work for a living.”

Punteney adds elections have consequences. He says the labor federation has been encouraging its members to listen to what presidential candidates are saying about how they’ll help working people.

And, The Iowa Division is Criminal Investigation is investigating the disappearance of a northwest Iowa woman.

She was last seen early on Sunday morning in Le Mars with 34-year-old Daniel Kittredge.  He hasn’t been seen either. 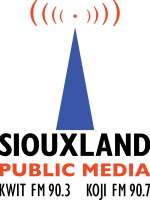