Mara DeKat, coordinator of the Institute for Lifelong Learning at WITCC, makes her radio debut, today. She has taken up the mantle from Fiona Valentine, and she is doing a marvelous job, as evidenced by the ILL's summer 2015 catalog. Among the offerings is Russ Gifford's lecture series "Franklin D. Roosevelt and the Third American Revolution." Russ will begin the series with "The Rise of the New Deal," Wednesday, April 15.

WEB BONUS!!!! Here's Mara singing a beautiful version of "Over the Rainbow." 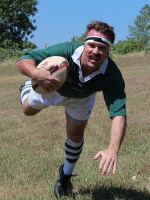