Check It Out: Our Missing Hearts by Celeste Ng

This is Jenn Delperdang, with the Sioux City Public Library and you’re listening to Check It Out.

Today, I am recommending Our Missing Hearts, the thought-provoking and unforgettable latest novel by Celeste Ng. Bird Gardner is 12 years old. His father is a former Harvard professor of linguistics who has been reassigned to shelving books in the University library. Bird’s mother, Margaret is a poet and a “person of Asian origin” –who left him and his father three years ago, after one of her poems (not even her best one) coincidentally becomes adopted by the movement protesting the “Preserving American Culture and Traditions Act”—a law that opposes foreign cultural influences and gives the government the authority to remove children from their families if they are seen as un-American.

After three years of being told not to draw attention to himself by his father, Bird receives an anonymous note from his mother, and sets out on a journey to find her in New York City. In this dystopian alternate present, books are taken off the shelves of libraries, violence against Asians is normalized, and families are separated. In the author’s notes (which are a must-read!) Celeste Ng writes, “Bird and Margaret’s world isn’t exactly our world, but it isn’t not ours, either.”

Our Missing Hearts is at turns suspenseful, heartbreaking, chilling, and empathetic. But this is a story about the power of art and storytelling and the unbreakable love between a mother and child. Check out Our Missing Hearts by Celeste Ng at the Sioux City Public Library.

Support for Check It Out on Siouxland Public Media comes from Verde Outdoor Media. 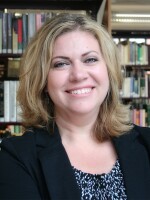