An action packed Opus with Part 1 devoted to the massive West Side Story Production that the Sioux City Symphony is working on for next week.  Gretchen talks with Maestro Haskins as well as Alaina Viau who is overseeing just about every aspect of the production from actors to scenery and lighting. Also we get an actor's perspective from Officer Krupke, himself, played by Matthew Krob.

On the 2nd half. Gretchen is joined via Skype by Logan Skelton who composed a song cycle and multi media presentation based on the poetry of Emily Dickenson. Skelton will accompany soprano Jennifer Goltz in a performance Saturday evening at Morningside College. 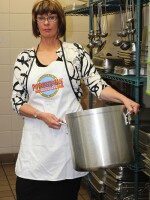