Sen. Cory Booker joined Shelby and Ike to discuss his proposed policies as a Democratic candidate* for

President, policies, he argues, that will bring the country back together. He believes that his appeal to African-Amercian voters makes his candidacy viable and that Hilary Clinton's 2016 loss was partly due to her failure to appeal to the lived experiences of the diverse nature of the Democratic Party. And he describes how his engagement in the African-American community drives his policy.

*As of January 13, 2020, Senator Cory Booker has suspended his campaign. 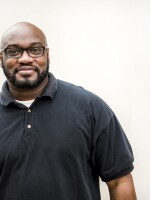 Ike Rayford
At a young age Rayford’s entrepreneurial spirit was nurtured through involvement in family businesses., where learned the arts of relationship building, time management and the value of self-determination. He has been involved in leadership positions of The NAACP, Three Rivers Independent Living Centers, Toastmasters International, Leadership Siouxland, Habitat For Humanity, Freedom Festival, Youth For Christ, Mt. Zion Missionary Baptist Church, Decatur Lodge, and Juneteenth. Additionally, Rayford strives to bring people together by valuing the individuality of everyone he encounters and withholding judgment. These skills were particularly valuable when investigating allegations of discrimination while serving as an AmeriCorp VISTA with the Iowa Civil Rights Commission at the Siouxland Human Rights Commission and advocate at Three Rivers Independent Living Center. He achieved the highest honor awarded in Toastmasters International, the Distinguished Toastmaster (DTM), in 2012 and continues his education both formally and informally. He earned his Bachelor of Arts degree with a double major in Business Administration and Mass Communications from Briar Cliff University in Sioux City, Iowa in 2003 while balancing the demands of school, single-parenthood and full-time employment.
See stories by Ike Rayford 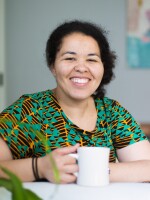 Shelby Pierce
Shelby is a native Sioux Cityan. She graduated from East High. After completing her undergraduate in Social Science in Denver, she lived and worked briefly in Phoenix, AZ. Eight years ago, she returned to Sioux City for what she thought would be a brief stint. She remains a en-Sioux-siast to this day.
See stories by Shelby Pierce
Related Content